'Nobody is healthy in London, nobody can be'

Thanks for visiting the Sick City Project. I’m Richard Barnett, and these are some of the things I’ve been up to when I’m not editing the blog. 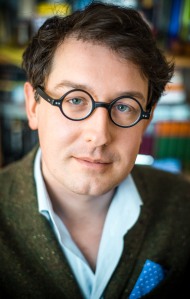 I went to UCL Medical School intending to train as a forensic pathologist (and while there I was a member of the 1999 UCL University Challenge team), but left in 2001, after an intercalated BSc in the history of medicine inspired me to start thinking about  health & disease from a completely different direction. After a PhD at the Wellcome Trust Centre for the History of Medicine at UCL, I spent several years teaching the history of science, medicine and evolutionary theory at the universities of London and Cambridge (and continue to teach on the Pembroke-King’s Programme, where I’m a Director of Studies, and the City Lit).

My first book, Medical London: City of Diseases, City of Cures, was published by Strange Attractor Press in 2008, and was a Book of the Week on BBC Radio 4. The Dedalus Book of Gin, my second book, came out in the spring of 2012, and is published in the US by Grove Atlantic. My third book, The Sick Rose: Disease and the Art of Medical Illustration, was described by Will Self in the Guardian as ‘superbly erudite and lucid’. More books are on the way, and I’ve also written for the London Review of Books, Strange Attractor, The Lancet, Curiocity, The London Magazine, Time Out, The Natural Death Handbook (fifth edition), and various scholarly journals. I’m an award-winning poet: I received the 2006 Promis Prize for poetry, and was shortlisted for the 2013 Poetry Business competition, judged by Simon Armitage. I’m on the editorial advisory board of Mosaic, a new digital publication from the Wellcome Trust dedicated to exploring the science of life, and I was a judge for the inaugural Wellcome Trust Book Prize in 2009. If you’d like to get in touch about a writing project, my literary agent is Peter Robinson at Rogers, Coleridge and White.

For almost a decade I’ve been involved in public engagement in medical history and the medical humanities, and in particular a long-running collaboration with Wellcome Collection. I’ve written and led a series of widely-praised guided walks around the history of life, death, health and disease in London (reviewed here by Snipe London), and I collaborated with Joanna Rahim of the Galton Lab to produce ‘Medical London’, a free multimedia iPhone app based on my walk ‘Blood, Guts, Brains and Babies: Medicine in Bloomsbury 1700-2000’. (You can download the app from the City Stories Walks website, and there’s an interview about it in The Literary Platform.) I’ve spoken at the Cheltenham Literature Festival (on Medical London, surgical ethics, and the Wellcome Trust Book Prize); the Cheltenham Music Festival (on syphilis and genius in nineteenth-century science); the Harvard Medical School Global Clinical Scholars Research Training Programme (on London’s global history); and I advised on the restoration & curation of one of the only surviving mid-nineteenth century operating theatres in Britain, in what is now Peterborough Museum. I’ve also appeared in many TV and radio programmes, from cholera in Soho for the Discovery Channel to the sewers of Clapham for Resonance FM, and gaol fever in Lincoln and bodysnatching in London for Time Team. And I’m an honorary member of the Phi Delta Epsilon international medical fraternity.

The Engagement Fellowship has provided a great opportunity to experiment with new kinds of work in different media, and I’ve visited the cellars of Bedlam for Time Team; the intricacies of heart transplantation for the Guardian science podcast; the history of vaccination for BBC4; the challenges of heart surgery and end-of-life care for the Royal Institution; the Great Plague of London for BBC Radio 4’s ‘Shakespeare’s Restless World’; Freud & zombies, energy & fatigue and medieval melancholy for Resonance FM’s ‘The Thread’; and the bedbug colonies of the London School of Hygiene and Tropical Medicine for Resonance FM’s ‘Gilded Vectors of Disease’.

If you’d like to find out what I’m up to, my personal Twitter feed is @doctorbarnett, my personal website is here, and you can contact me via the Sick City Project email – sickcityproject [at] gmail [dot] com.